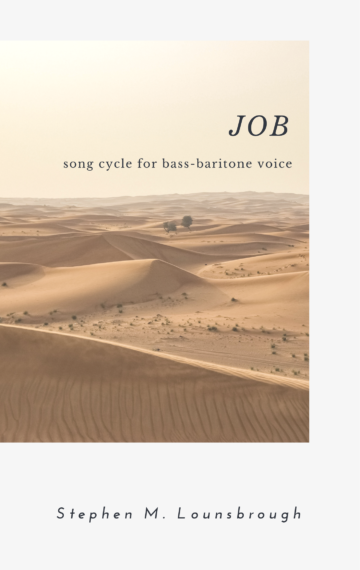 This song cycle sets texts from the biblical book of Job that trace Job’s spiritual journey through the loss of nearly everything and everyone dear to him.  The opening piano figure represents the presence of God, initially as He tests Job’s faith with calamity, but also in the end as He appears to Job in a display of power.  As the song cycle progresses, the character of the music moves from predominantly angry and disquieted, characterized by jagged melodic lines and sharp dissonances, to quiet and hopeful, represented by lyrical, calmer melodies and a more nearly tonal underpinning.  The theme is of the formation of faith through pain and loss.